The iconic Zig Zag Railway located in the Blue Mountains was the victim of two disastrous bushfires and is currently working towards being able to re-open late 2021.

With the construction currently well underway, also came the need to repair the four leaking water tanks at the site which is where Leigh’s Water Tank Cleaning came into the picture.

The engineers of the 1900s were not the only ones to encounter some difficult terrain, our first trip to the Zig Zag Railway saw us getting seriously bogged before we even made it up the hill to the water tanks and being that it was a weekend there wasn’t a lot of assistance on hand.

A favour was called in and Dan, Luke & Banjo from the local sawmill came to our aid with the Manitou.  The ground was so soft that at times that we found ourselves ankle deep in mud, which unfortunately meant that our rescuers also got bogged and had to free themselves, before they could attempt to free us.

Once we were free and made it up the hill to where three of the water tanks were located, we began our mammoth task of installing tank liners in the four tanks.  It was rather ambitious of us to think we would get all four liners installed in the one trip, we managed three, as after four days of cleaning, draining, preparing and installing liners we were spent and needed to head home for a break.

Having only one tank liner left for our next trip it was a routine installation that encountered none of the issues that we experienced on our first visit to the Zig Zag Railway.

We are looking forward to our next visit once the site is re-opened for a ride over the Great Lithgow Zig Zag, on the chuffing steam locomotive, to take in the beautiful scenery and views of the great sandstone viaducts of the region. 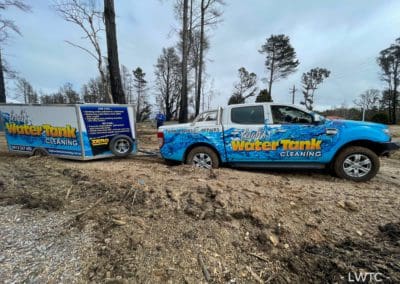 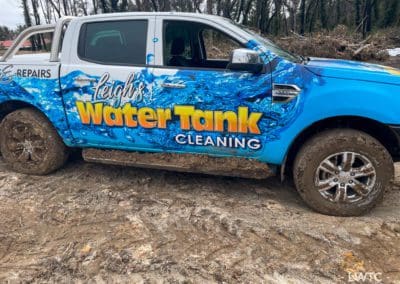 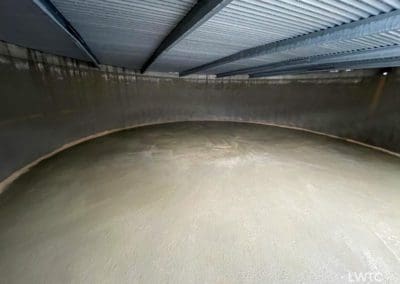 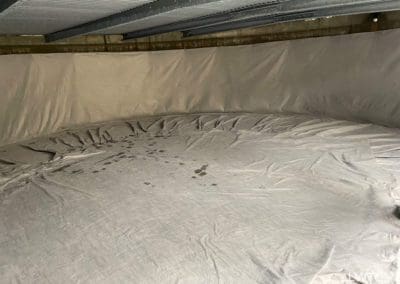 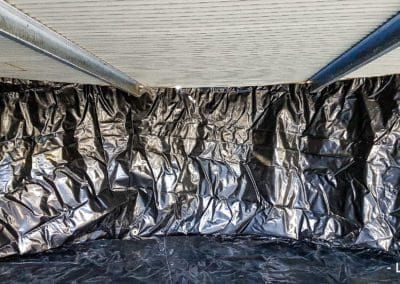 Based in NSW, servicing the corridor between The Hawkesbury and The Snowy Mountains, including the ACT